A GARDEN'S BEAUTY IN FULL BLOOM 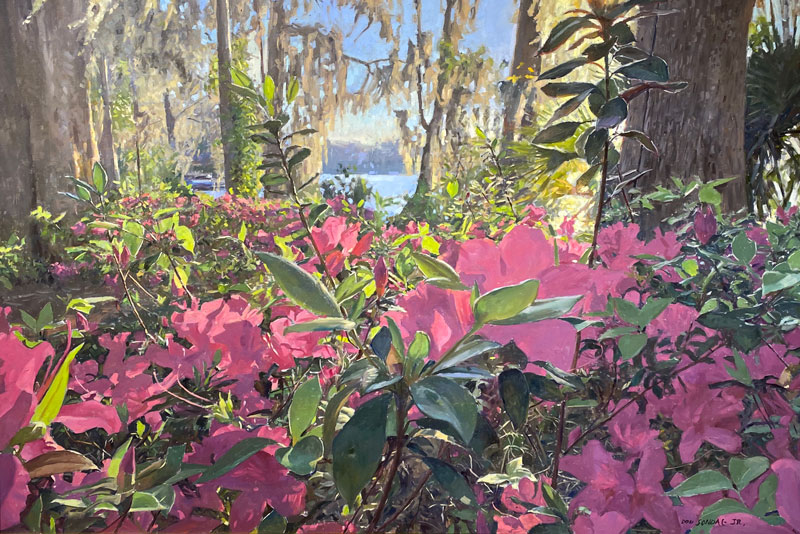 Kraft Azalea Gardens with Lake Maitland in the background by Don Sondag.

The same artist had never painted consecutive covers for Winter Park Magazine. But leave it to Don Sondag to set a new standard. We had planned on using a Sondag image on the Winter 2020 cover. But the death of Thad Seymour, the president emeritus of Rollins College, left no question that the cover should feature the beloved community icon.

Thankfully, the city’s most renowned portrait artist also happened to be an admirer of Seymour’s. Sondag, a Winter Park native who has rendered images of many community leaders and notable personalities, graciously agreed to drop what he was doing and turn out a cover.

When he took time out to paint the portrait, Sondag was working on original pieces for an upcoming exhibition called Venetian Canals of Winter Park: The Art of Don Sondag, which runs through April 12 at the Albin Polasek Museum & Sculpture Gardens.

A painting from Kraft Azalea Gardens with Lake Maitland in the background — which was shown at that exhibition — graces this issue’s cover. The image was originally a horizontal and had to be cropped, so the unaltered version is shown above. 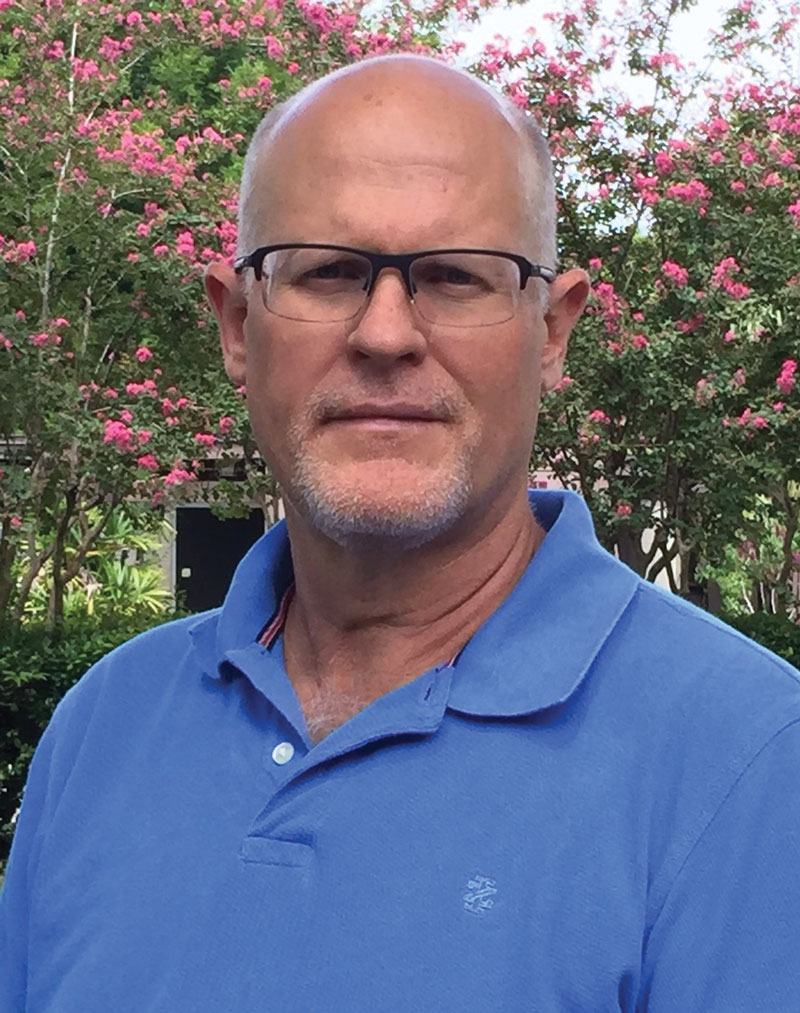 Don Sondag is known for portraits, but he loves to paint outdoors.

In addition to painting, Sondag teaches at the Crealdé School of Art, where he joined the faculty in 1990. He has also taught at Seminole State College, Walt Disney Imagineering and Walt Disney Feature Animation.

He has accepted portrait commissions from the Dr. P. Phillips Foundation, Seminole State College, Tupperware Brands Corporation, and the University of Central Florida, among many other institutional clients. His image of the iconic Fred Rogers (Mister Rogers’ Neighborhood) hangs in the lobby of Tiedtke Concert Hall on the campus of Rollins.