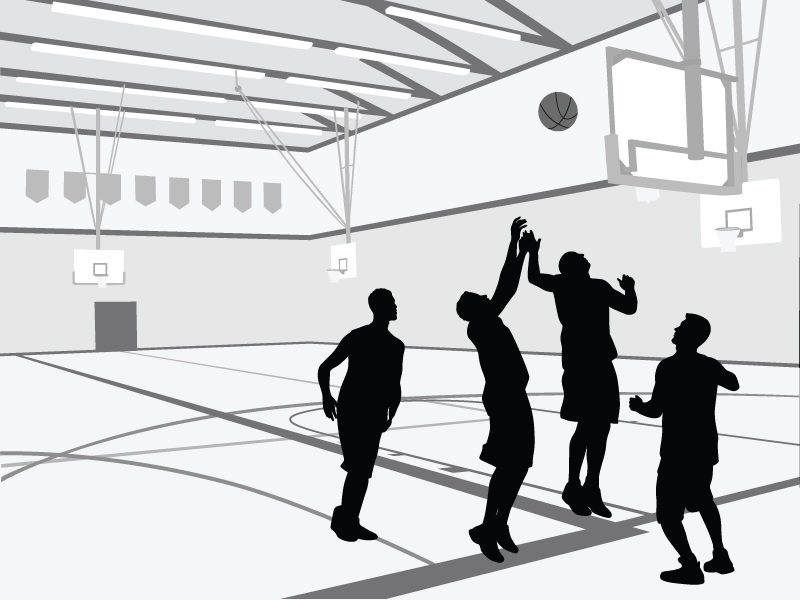 It seemed like a good time to get the band back together. And by “band,” I mean “basketball team.” When we were in our late 20s, Myron, Lindy and I competed in three-on-three leagues organized by the Winter Park YMCA. It was a cherished Wednesday night ritual.

Teams usually consisted of four people, allowing for substitutions. Games were full court, but played side to side instead of end to end. That meant less distance between baskets — thank God — and two games could be played concurrently.

Our team, which we dubbed “Rust Never Sleeps,” had a variety of fourth men — somebody’s friend, somebody’s co-worker, somebody’s relative — but the core group was always Myron, Lindy and me.

We were never the worst team. One season, we were actually the best, thanks to a ringer who joined us for a handful of games. I still have the tiny trophy we won, which was the first — and would remain the only — accolade I ever won for anything related to a sport.

But you know how it goes. Between family stuff and business stuff, you get busy. Rust Never Sleeps made a collective decision to sit out a season. And, before we knew it, about 30 seasons had passed us by.

Myron, Lindy and I were never out of touch. We had business dealings and friendly lunches. We occasionally reminisced about our basketball-playing days.

Then, against my wishes, I turned 60. In fact, all of us did. Maybe that’s why I proposed a Rust Never Sleeps reunion. And maybe that’s why Myron and Lindy liked the idea. Golf? No thanks. That’s for old people — and we’re not old.

The three of us started playing again in the Rollins College gym, over the summer, when the place was pretty empty. More recently, we’ve moved to the Winter Park Community Center.

And we’re not too bad, all things considered. Myron is still deceptively quick, and Lindy can still drill three-pointers. I’m still slow, but tall enough that if I can get close to the basket, I’m hard to block.

No, we’re not in a league. There aren’t any leagues for people over 60, unless you live in The Villages. And we don’t get invited to join pickup games. Other players — usually kids, which to us means under 40 — are apparently afraid that we might die going for a rebound.

Me? I think we’d make a game of it, but I understand their concern for our well-being. So how about you, Winter Park Magazine readers? Anybody want to play some three-on-three? We’re Rust Never Sleeps, and we’re at the community center every Wednesday at 5:30 p.m.

Make it, take it. Call your own fouls. First to 21 wins. If you’re like us — Eisenhower-era boomers who aren’t ready to hang up our sneakers — you’ll win by just showing up.